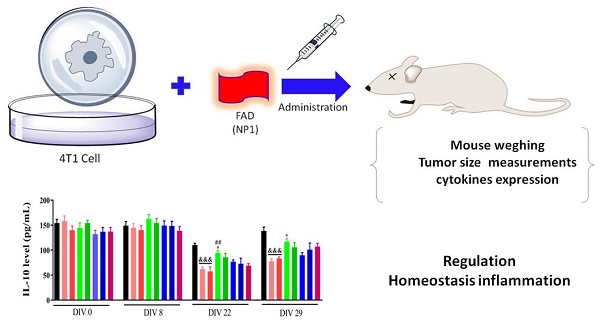 Flavin adenine dinucleotide (FAD) plays a key role in an extensive range of cellular oxidation-reduction reactions, which is engaged in metabolic pathways. The purpose of this study was to realize pegylated flavins formulation, named FAD and FAD-PEG diacid complex as theranostic tool in cancer therapy. For this objective, a murine breast cancer model, which was induced by mouse-derived4T1 breast cancer cells was studied to assess the therapeutic efficacy of FAD (named NP1) and FAD-PEG diacid complex (named NP2). The cytokines were monitored to evaluate the serum inflammatory factors to develop the blood cell content of different groups of nude mice. The experimental model shows that an intravenous injection of FAD (NP1) can significantly reduce tumour volume, tumour index and thymus index, and decrease neutrophils (NE), monocytes (MO), eosinophils (EO), and basophils (BA). At the same time, the content of IL-1α, IL-12P70, TNF α, IL-1β and IL-6 was significantly reduced, and the content of IL-10 was significantly increased. These results provide the proof-of-concept for FAD as a smart adjuvant for cancer therapy and encourages their further development in the field of Nanomedicine.

Breast cancer is the most commonly occurring cancer in women and overall the second most common cancer in the world [1,2]. There are different limitations to conventional therapy for breast cancer [3]. Nanocarriers have the potential to provide a high drug loading capacity, stability, exceptional tolerability, drug deterioration, decrease multidrug resistance, controlled release and encouraged delivery of anticancer drugs [4]. Consequently, therapeutics and theranostics drug delivery nanocarrier systems have significant benefits over common treatment methods [5]. Nevertheless, there are many challenges needed to be resolved in drug delivery systems, such as undue accumulation of the carriers in the liver, poor therapeutic efficacy on the cancer cells and the barriers near the tumour areas or in the vasculature area; all of these were realized as the obstacles to penetrate into cancer cells and are needed to be resolved. Flavin adenine dinucleotide (FAD) plays a part in various metabolic reactions where the biological function is naturally connected to its structure conformation change [6]. Its main role is to be a cofactor, which is required for the activity of several flavoproteins, and is important for electron transport pathways in many living systems [7,8]. FAD synthase is the last enzyme in the metabolic pathway producing FAD, a protein confined in both cytosol and in mitochondria [9,10] and it regulates different processes for cell life and death, resulting in ROS production, antioxidant defence, protein folding, and chromatin remodelling [10]. Recent studies show that the modifications in coenzyme levels have been recorded in several cancers [11]. Coenzymes take part in regulating enzyme activity to perform disparate biochemical reactions [12,13]. Mutations in metabolic enzymes obstruct, typically, biochemical reactions leading to many disorders [14-16]. Recently J. Spadavecchia and D. Paleni, conceived for the first time, the role of FAD cofactor as nanodevice in cancer therapy [17]. The first aim of this present study, was the evolution of novel adjuvant in chemotherapy by using FAD alone or complexed to pegylated chains to obtain hybrid complex (FAD PEG-Diacid) and compared with a common chemotherapeutic (5 Fluro Uracil; 5-FU) in the therapy of cancer. For this purpose, a mouse breast cancer model induced by mouse-derived 4T1 breast cancer cells, was used to evaluate the therapeutic efficacy of FAD (named NP1) and FAD-PEG diacid complex (named NP2). We believe that this study is important for planning optimal chemotherapeutic systems in order to comprehend the mechanisms of poor effects of 5-FU.

To evaluate the therapeutic effects of FAD (NP1) and FAD/PEG complex (NP2) in the 4T1 cells induced breast cancer model of mouse. Animals were divided into a sham group, 0.9% NaCl injection group, PEG group, NP1 solution intravenous injection group, NP2 solution intravenous injection group, NP1 solution oral administration group, NP2 solution oral administration group, and positive control 5-fluorouracil group, a total of 8 groups. An injection of 4T1 cells containing matrigel was administered into the second pair of breast pads on the left side of the mouse (the total number of injected cells is 2×106). When the tumour model is successfully built, 100 μL of the drug is administered intravenously and orally, twice a day (Fixed at 9:00 am and 3:00 pm every day, 6 hours apart), 2 days a week (once every 3 days), for 3 weeks. The blood was collected after the animals were anesthetized by ketamine/xylazine. The tumours were removed, weighed, and the percentage of inhibition of the drug was calculated with a negative control. The liver, kidney, spleen, and thymus were dissected to calculate the ratio (index) to weight. Furthermore, whole blood count was detected using a haemocytometer before 1 week of 4T1 cell injection and before the first drug administration (DIV 8), 1 week (DIV 15), 2 weeks (DIV 22) and 3 weeks (DIV 29) number of cells. Flow cytometry was used to measure serum cytokines before 4T1 cells (DIV 0), 1 weeks after 4T1 cells were injected (DIV 8), 2 weeks after DIV15, 3 weeks (DIV 22), and 4 weeks (DIV 29).

The synthesis of FAD-PEG Diacid Complex (NP2) was described previously [18].

All characterizations were carried out in triplicate determinations as described previously [4_18].

All experiments and technical procedures were recorded and described as in previous paper [18].

After the tumour model of nude mice was built. 100 μL of different test drugs were intravenously and orally administered twice every day (injection at 9:00 am and at 15:00 pm). The drug was administered two days every week (dosing every three days) and for a total of 3 weeks.

The growth of tumors was monitored every 3 days by caliper measurement of tumor length (a) and width (b). Tumor volume was estimated by using the following formula:

The Table of results was reported in Supporting Information (Table S1).

Flow cytometry analysis was carried out as previously described [18].

Recently we have proved the ability of FAD formulations (NP1; NP2) as adjuvant in chemotherapy against hepatocarcinome [18]. In particular we blended NP1-NP2 with 5-FU in which electrostatic charges between the chemical groups of the drug and FAD formulations accomplished the final hybrid formulation. On the basis of these hypothesis, we believe that NP1-NP2 under complex form, after internalization in cancer cells, could improve the therapeutic efficacy, due to a double action on nuclei and mitochondria for blocking the binding of aminoacyl-tRNA to the mRNA-ribosome complex with evident variation in driven force and electrolytic condition. It has been suggested that the expression of Glucose 6 phosphate dehydrogenases (G6PD) and transketolase (TKT) are positively correlated to the decreased overall and relapse-free survival in breast cancer. The synergic action of FAD-5FU formulation inhibits Glucose 6 phosphate dehydrogenases [19,20] and dihydropyrimidine (DPD) [21] with a simultaneous reparation , and inhibition of resistance and improvement of anticancer activity. For this purpose, we conceived a lot of experiments in which NP2 was tested as pegylated complex and compared with control (FAD; i.e. NP1) and anti-cancer drug (5-Fluoro-Uracile [5-FU]).

Breast cancer mice induced by 4T1 cells were used as a research model to evaluate the therapeutic effects of FAD(NP1) and FAD/PEG (NP2) complexes. The mice were weighed every 3 days. As shown in Fig. 1, the mice injected with 4T1 cells showed a different degree of decline compared with the sham group, the saline and PEG groups, the different administration methods of FAD (NP1) and FAD/PEG (NP2) complexes did not affect body weight of breast cancer model mice. However, the positive control drug 5-FU group, showed significant weight loss after 1 week of prophylactic administration, and had a statistical significance in DIV 18, DIV 21, DIV 24, DIV 27 and DIV 30 (p<0.05).

At the end of the experiment, mouse tumours and spleen tissues were isolated and photographed. As shown in Figure S1 in Supporting Information, the tumour volume of mice in the NP1 and NP2 intravenous injection groups were smaller than that in the saline and PEG groups. 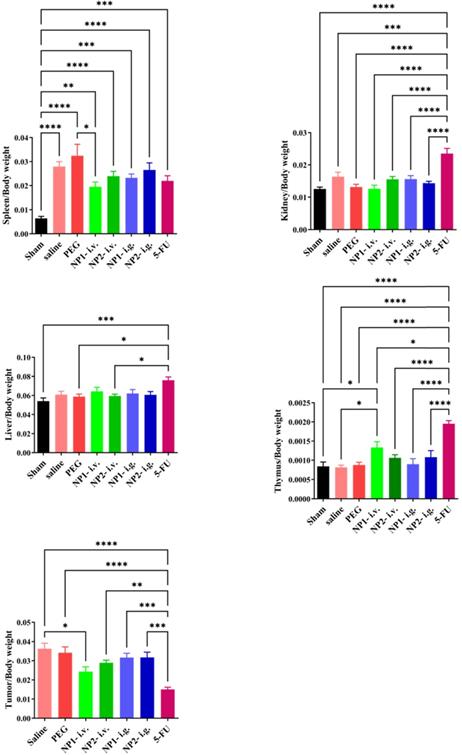 Whole blood was measured with a blood cell counter before the first week of drug administration and the injection of 4T1 cells (DIV 8), the second week after administration (DIV 15), the third week after administration (DIV 22), and the fourth week (DIV 29). As shown in Fig. 3, the number of NE, MO, EO, and BA in the NP 1 intravenous group has been reduced after 4 weeks of administration. Meanwhile, all indexes except the MPV index has been reduced in the 5-FU group. Contrarily to our previous study [18] in NP1 formulation, the steric arrangement of free FAD molecules, allows a better chemical interaction with 5-FU that permit a boost enhancement of blood cells that provoke inhibition of Glucose 6 phosphate dehydrogenases (G6PD) [20].

Cytokines and chemokines are prompt proteins generated from various types of cells that regulate immune responses [22]. There are two immune responses for cytokine production: 1) Antigen presenting cells (APCs) take up antigens, process them, and consequently follow them to T-lymphocytes to cause cytokines, 2) APCs, such as monocytes, are activated to generate cytokines by pattern recognition receptors that detect an extraneous pathogen [23]. Cytokines mostly produced by APCs include multiple interleukin (IL) and tumour necrosis factor (TNF) molecules [24]. Many clinical studies have demonstrated that inoculating a standard dose of chemotherapeutic drugs causes an enhancement in cytokine levels for a kind of cytokines (TNF-a, IL-6, IL-8, IL-10 [25], and monocyte chemotactic protein-1 (MCP-1) [26]. The lack to elucidate an injury can build extreme immune cell infiltration and lead to resolute cytokine production.

Previously we have demonstrated that the combination within NP2 (FAD-PEG Diacid Complex) and 5-FU have the potential of anti-inflammatory agents as they significantly reduced the serum levels of IL-6, TNF-α and IL-12 P70 probably due to anti-inflammatory properties of FAD [18]. 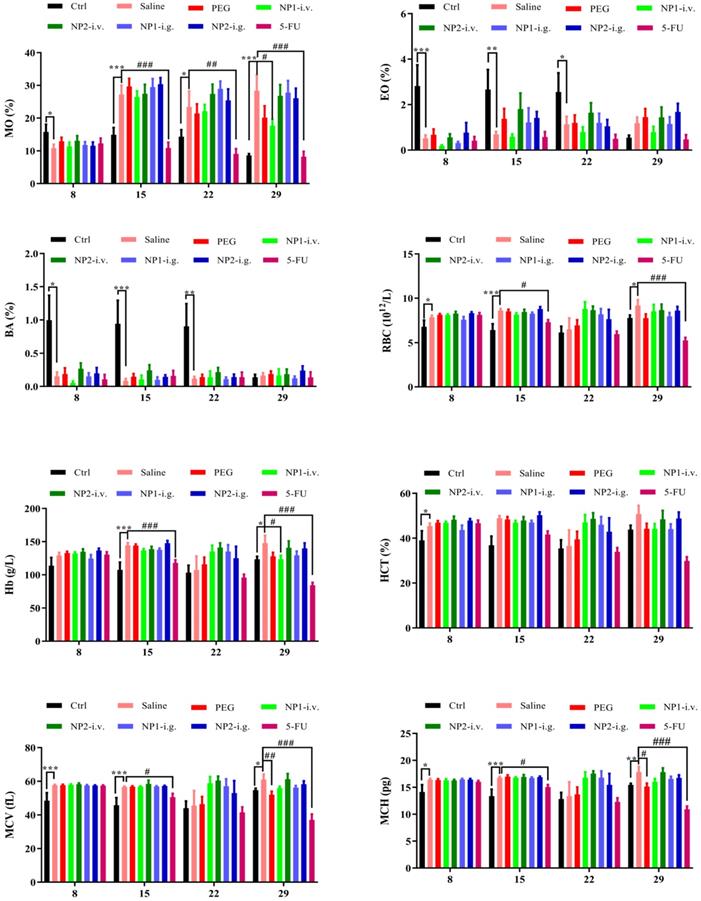 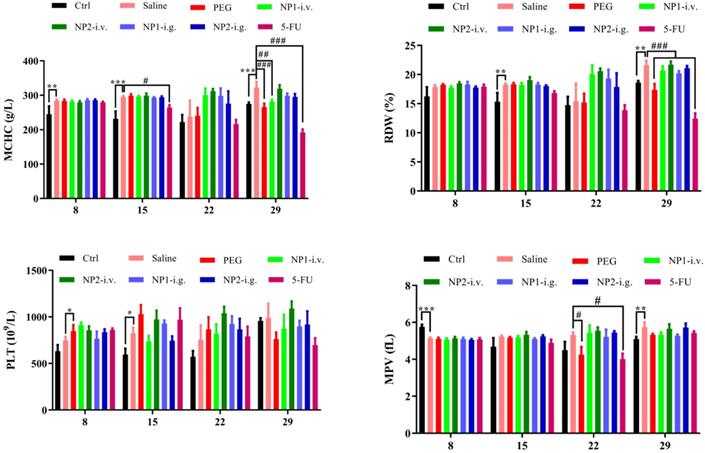 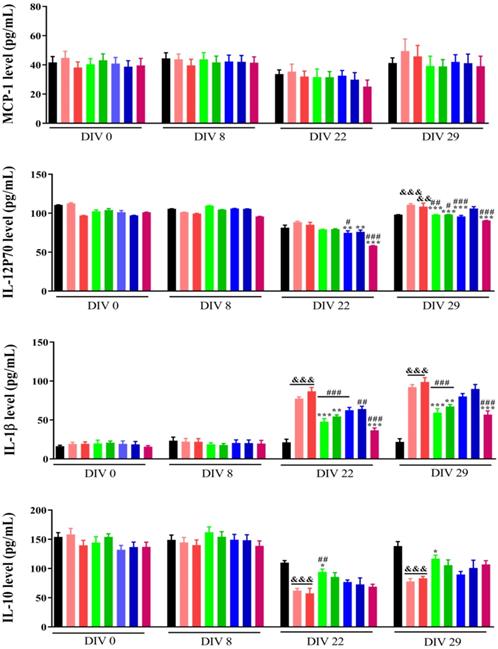 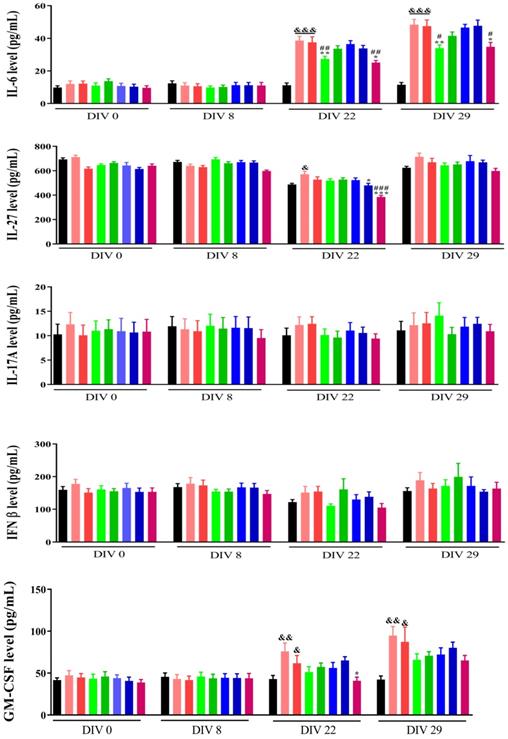 On the basis of these findings, we can suggest that NP1 decrease the level of pro-inflammatory cytokines and the synergic combination between NP1 and 5-FU strongly improve immune system effects [18].

In this paper, we have analysed the importance of flavins coenzymes as a biocompatible formulation in a mouse model of breast cancer metabolism, as an adjuvant, and as an anticancer drug. Contrary to our previous paper [18] of the effect of FAD (NP1) and FAD/PEG (NP2), where the complexes have a booster effect on a murine model of liver cancer, on our murine model of breast cancer only intravenous injection of FAD can significantly reduce tumour volume, tumour index and increase thymus index; reduce neutrophils (NE), monocytes (MO), eosinophils (EO), and basophils (BA). At the same time, the content of IL-1α, IL-12 P70, TNF α, IL-1β and IL-6 was significantly reduced, and the content of IL-10 was significantly increased like in the previous liver cancer model. The advanced antitumor efficacy of FAD (NP1) compared to 5-FU is displayed, not only in the repression of tumour growth, but similarly in the stimulation of immune system. The signal pathway of FAD acting on blood cells/immune cells/tumour cells and the analysis of tumour tissue or immune cells will be studied in genomics and proteomics. These results predict the wave for the development of an innovative theranostic platform, allowing the detection of protein-associated tumours and the simultaneous cancer treatment with an adjuvant that reduce secondary effect of chemotherapy and boost immunity system with a consequent good replication of healthy cells.

3. Falzone LS. Evolution of Cancer Pharmacological Treatments at the Turn of the Third Millennium.Frontiers in pharmacology. 2018; 9: 1300